Sick of Playing the Waiting Game

So, I suppose it's finally time for me to vent.. I just wasn't sure where to turn tonight.. then I remember lwl. Thank goodness..

I guess it'd be hard(er)? to understand without some background, so here it goes..

I've always been one to sleep lots and lots (like 12+ hours a night) ever since I was in 8th grade.. (I'm 20 now). My parents just thought it was a 'teenage stage' and that I'd eventually get over it.. I was also always complaining about some type of aches and pains and went to the doctor frequently, however everything always came back fine.. I'd had 'the itchies' or so I called it since I was about 6 or 7, usually starting in my hands or feet, then going to the other, and sometimes spreading throughout my body.. I finally had a blood test done and the doctors told me that I had high histamine levels, and that I should just take Zyrtec (an allergy and anti-histamine) once a day.. This took care of my itchies for quite a while.. I also had developed (not sure if develop is the correct word here..) dysfunctional SI joints, which are in my lower back.. and have had extreme pain with that.. doctors had sent me to physical therapy and even had heated ultrasound massages done, none of which helped at all.. I hate shots, but the pain was so bad at one point, I even let me doctor give me a cortisone shot, which (of course) didn't help either..

Fast forward to about a month ago, I realized that the anti-histamine wasn't really doing it's job anymore and I was sleeping even more(about 14 hours a night), and feeling exhausted about 6 hours after waking up. I then realized that I hadn't been in to the doctor in a while, and had just moved in with my Grandma to be closer to school in Fall.. I made an appointment with the doctor that actually delivered me when I was a baby (aww) and two weeks later, finally got in.. I had quite a list of things for her to look at; my sleeping, my lack of energy, and some strange rashes I had begun to get on my legs.. She briefly mentioned lupus, and I thought nothing about it. Like most I had "heard of it" but didn't know much about it.. She did some blood work, then called me to tell me that my ANA came back really high.. and that I needed to be sent to a Rheumatologist..

Here I am now.. about 2 1/2 weeks after getting back the abnormal results, and I still havent seen the rheumatologist.. My "symptoms" have gotten worse.. I've had extreme wrist/hand pain, to the point where I couldn't drive or even cut my own food at dinner time.. Recently I've had what I believe to be kidney pain, and as of the last few days really sore ankles.. Since my wrists and arms have been hurting, I had to call into work for a week straight, because I was working in the bakery section of a grocery store, and had to work mainly with my hands/arms.. I had doctors excuses and even sat down with the head of our store to let her know what was going on.. I got the call on Friday that they "had to" let me go..

So right now I'm just in a super stressful place.. I had just gotten a good job, moved in with my grandma, and was just beginning to become financially stable again.. I have some debt that I hadn't been paying on for a while, and had just begun to make regular payments again.. So here I sit, with no answers.. a "preliminary diagnosis" and extreme pain.. I'm just so frustrated and find myself crying out of no where..

I guess there really wasn't a point to this post, except for me to finally get out there how I've been feeling.. This is such a wonderful community and I am so happy to be a part of it.. Thank you so much for allowing me to vent.. sorry for the long post..

Hi Emma, welcome and thank you for writing such a well written introduction. My name is Jude, my husband has Lupus and we live in New Zealand, ... We have 7 children and a grandson. I was interested in what you were saying as we have a 20 year old daughter who has had alot of the symptoms that you have had and undergone all sorts of blood tests etc only to come back negative to any autoimmune disease, but still i wonder especially as her dad has Lupus. Is there any history in your family of autoimmune disease?

I think you should be so proud of yourself, from your photo you are still young and just beginning this journey, but you have an amazing attitude, and please feel free to talk here or message me if you like. I am sorry that you lost your job, its not fair on top of everything else.

You will find lots of friends here and learn alot about Lupus, take care x Jude

Sorry this is hitting you so hard...it affects us all in so many ways and with your ANA coming in high which mine did straight away and all your issues your going through, it seems to me that you do have lupus although i can't diagnose but with the skin issues/sleeping besides pain....it sounds like a combined flare going on and the the lupus moves from one joint to the next hurting and it can make you actually feel like somethings broken with how strong the pain gets.

Where you having pain with your kidney is your side swollen with it, as that's how it affects me and the pain can hit severe at times...i hope they manage to get you in soon to see a rheumo and hopefully sort out what you have.

Losing your job is terrible and with money issues to be sorted out none of it helps...i really do feel for you and venting does you good and you'll get some great support from member's. 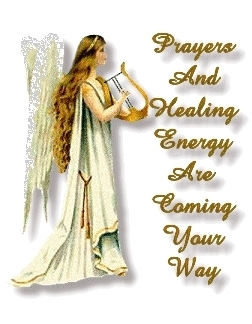 All my love to you Terri xxxx

You've had a bad experience and I'm sorry. This is the place to vent, scream and yell. We hear you and most of all,we know exactly how you feel.Keep your chin up.

When I was told I had lupus, it was from my Lung Specialist. He referred me to a Rheumy and since I live in a rural area it took 3 months to get into him. I hope you find a good GP and they are able to help you. They had me on Prednisone before I ever seen the Rheumy and that relieved alot of the pain and inflammation that I was experiencing. I thank God that I found LWL during the time of not knowing the truth whether I had Lupus or some other autoimmune disorder.

Please feel free to vent, scream and cry (been there done that) here, heck I still do it. We are here for you, and all of us have been where you are right now.

Emma you make a valid point your twenties are tough all on their own having to deal with a chronic illness just makes it all so much worse. As everyone before has said we are all here for each other with knowledge, advice, shared experiences and sometimes just a good vent. Wishing you good health. God Bless

Your welcome and i am pleased you'll be able to see a rheumo in 3mths, here in the uk they make you wait 6-12mths, unless another specialist refers you....well i hope you find a good GP and it would be nice to know if you get one who is willing to treat you.

Thank you so much for the kind words, everyone! I just found out that it will take a minimum of 3 months for me to get into any specialist that my insurance will provide.. so for now, the plan is to find a good GP in my area that is comfortable trying to help and treat me.. all while waiting to see the specialist.. ugh.