Let's have a PET talk

From the scaled ones to the furry ones, that goldfish in a bowl to a majestic horse, a majority of us, if not all, have at least one.

And for various reasons: a hand down from a dear friend, a guide/guard dog, therapy. I even shared a blog here about pets detecting illnesses.

So let's start sharing some: post something about your pet, a story, pictures! We love to see them!

And perhaps start a group on pets as well.

Let me start the ball rolling with mine. Here's a picture of my pet. 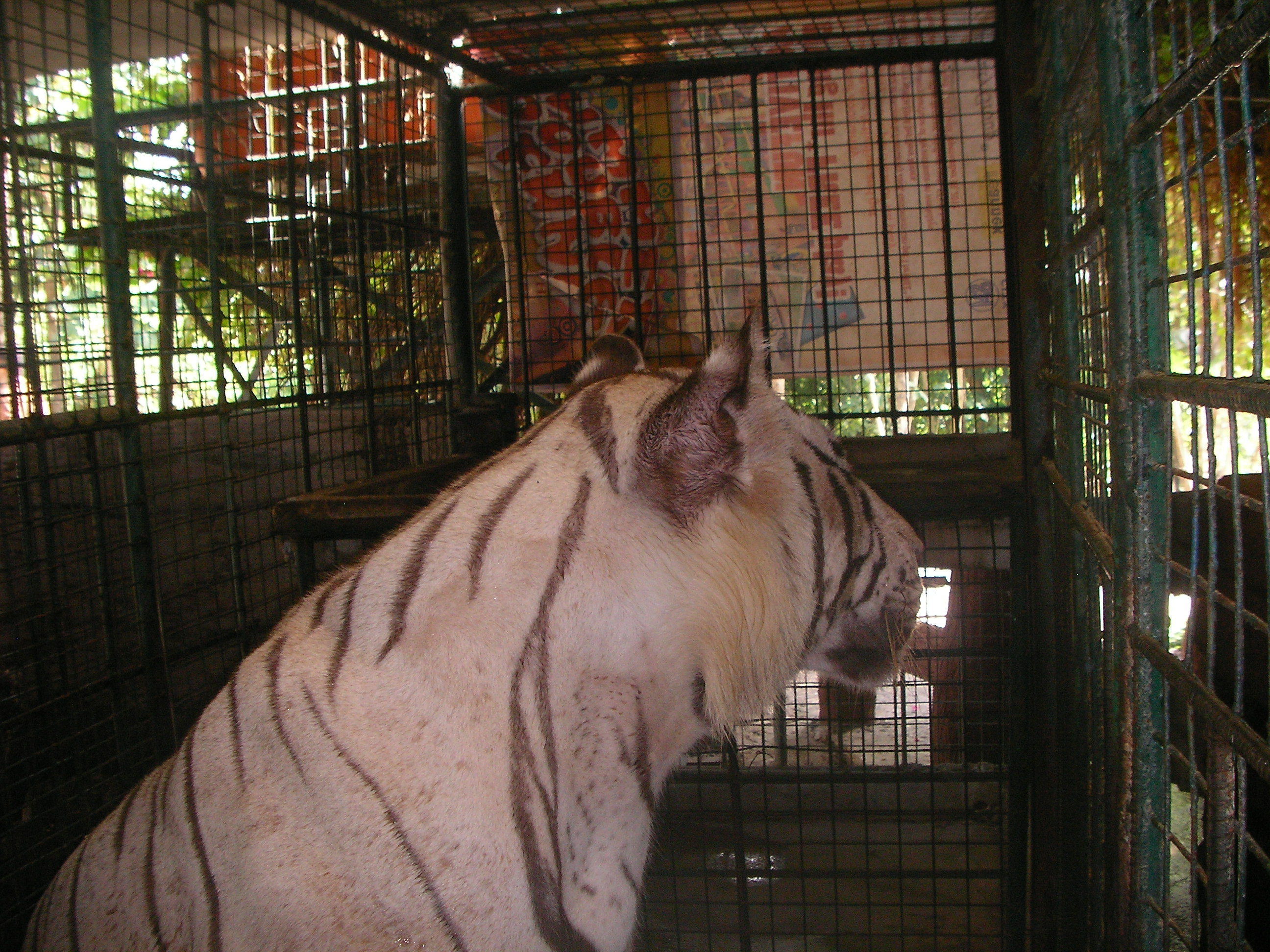 NAH, just kidding! I can't afford a TIGER. I can only wish. Here are my adorable shih-tzus. 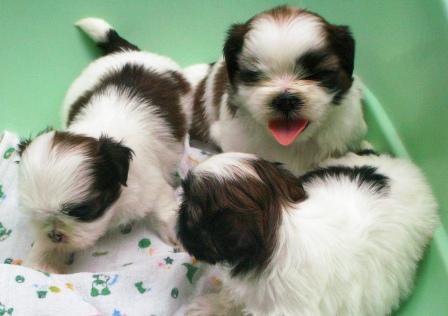 Aren't they as cute as they get?

The Shih-Tzu’s are adorable! We have had 3, and now have one Maltese. Our Maltese is a lap dog, and sits with us when we are sick. She seems to sense when we need comfort

My Pomeranian Phoebe is with me everywhere I go. She waits on me outside the door when I take a shower, if I am in the bed, she is right beside me, or if I am on the couch, she is on the floor beside me. She knows when I am sick!!! She is amazing!!!
536-image.jpg (744 KB)

I quite agree where the Shih-Tzu's are concerned they're so cute and the colours are s adorable, Armando as added a lovely discussion here.

Donna add pic's of yours if you can it would be nice to see your Maltese :)

The Shih-Tzu's are adorable! We have had 3, and now have one Maltese. Our Maltese is a lap dog, and sits with us when we are sick. She seems to sense when we need comfort ☺

"TIFFANY'S PHOEBE FOR EVERYONE TO SEE - SHE'S S SO CUTE" 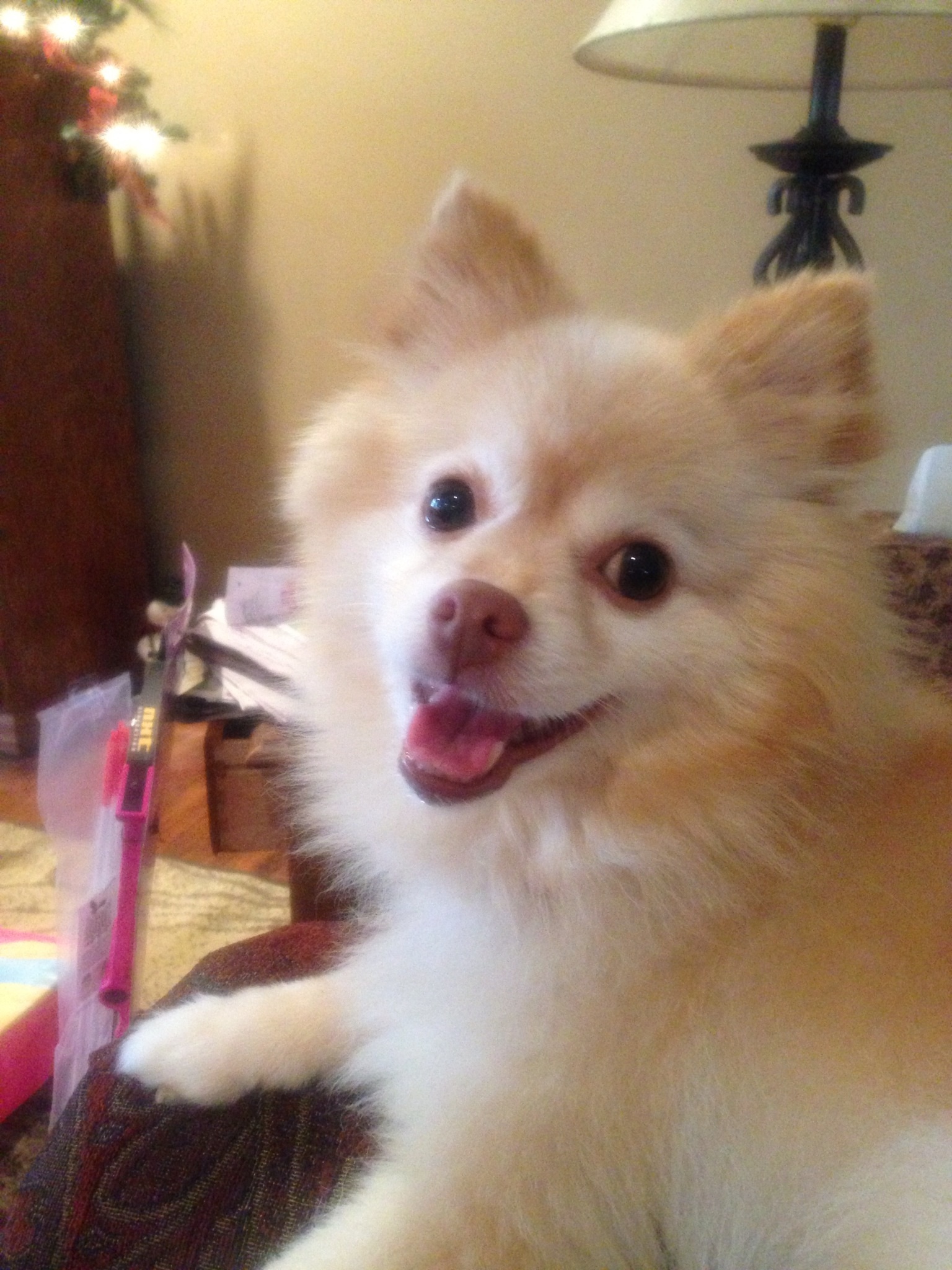 My Pomeranian Phoebe is with me everywhere I go. She waits on me outside the door when I take a shower, if I am in the bed, she is right beside me, or if I am on the couch, she is on the floor beside me. She knows when I am sick!!! She is amazing!!!!

Here's my boy Bruno a Staffordshire bull terrier...i can't move for him, he alerts my hubby if i'm having a seizure and really picks up on illness :) 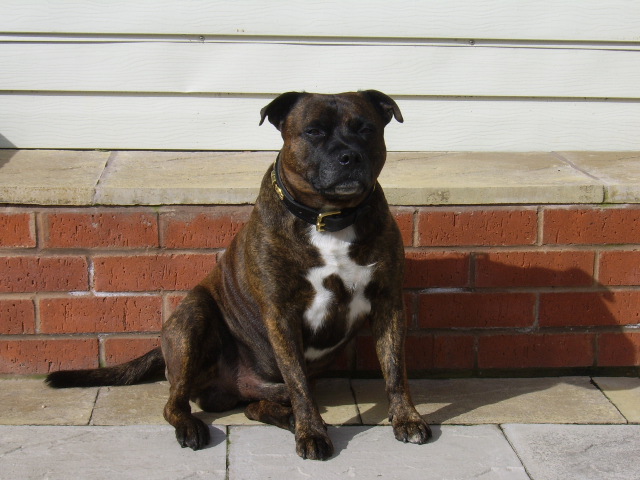 There's a man by me who as one he's only young as his previous one was PTS and he was ok with bruno but his new tries his hardest to get over the fence.lol

The gentlemen had both of his out of the dog kennels by we.

They're so similar to St Bernards ....beautiful picture :)

I’d love a tiger!! I have 4 cats (3 males, 1 female), a 7 year old female border collie who was recently diagnosed with diabetes, and a 14 month old male yellow lab. Add that to the 5 kids, and the husband, my life is never dull!

Could you just imagine having such a gorgeous Tiger above roaming around the home "Bliss"....collie's are such faithful dogs. We had sheltie collie when i lived at home:)

I'd love a tiger!! I have 4 cats (3 males, 1 female), a 7 year old female border collie who was recently diagnosed with diabetes, and a 14 month old male yellow lab. Add that to the 5 kids, and the husband, my life is never dull! :)

Koopa is so cute i just adore the Jack Russells... i had to step sister's years back only 6mths between then Jessie & Katie both black and white :)

Why an on ging debate Koopa is a J russells and what the hell is a Rat terrier because jacks are for rating and hunting and here they come in different sizes it's to how they're breed by the breeders at the time...they all love burrowing it's their nature.

I would'nt even carry on a debate he's a Jack Russell and i bet you did'nt know they're half staffordshire bull terriers.

Funny you said he is a Jack Russell...it's been an ongoing debate if he's a Jack or a Rat Terrier..he's short and squat, smaller than most Jacks..and has temperament of a rat, lol..he burrows with us under the covers every night..he is a great friend. Love YOU and Happy SUNDAY!

Koopa is so cute i just adore the Jack Russells... i had to step sister's years back only 6mths between then Jessie & Katie both black and white :) 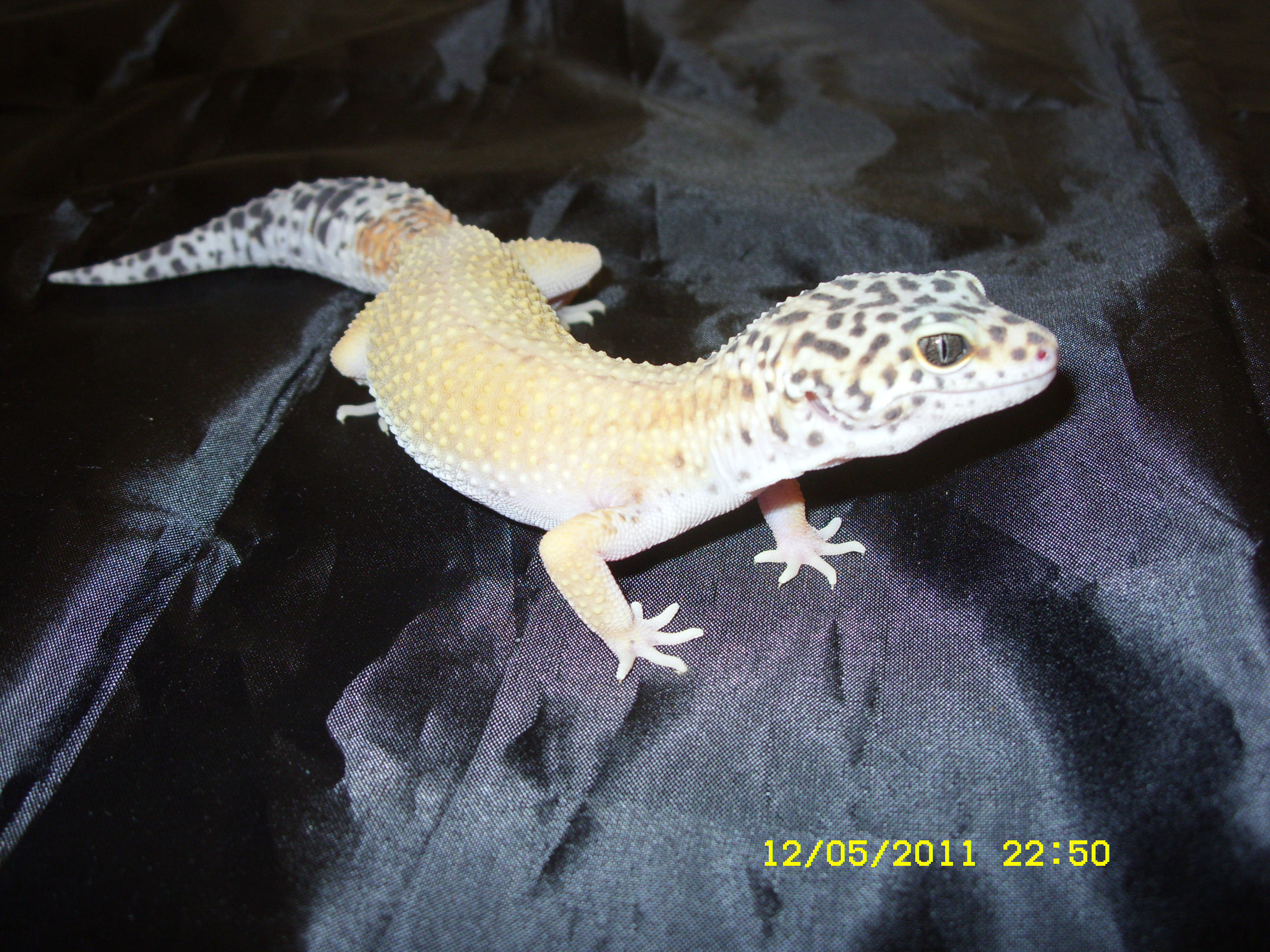 You stand corrected mate my little Blaze is a female i brought her at 6mths old as a male but several months after i did a proper ID on personal bits and i had a female.lol

The dragons am nice, ste wanted one and my answer was oh yes with bruno what alot of fun we'll have :)

The Geico Gecko has nothing on Blaze! What a regal looking little fellow! I used to have a water dragon named Quark. He was bipedal and was a riot :)

I brought the pic's up on Google to ID her and held her on her back and scanned with a torch.lol what a performance mate and since then i've had 3 breeders in the USA ask me if i'd breed her and i told them no as i've got enough on mate.

Koopa could very well be... he is one mate..i've seen enough of them besides having them, my youngest sister she had a miniture years back little casey, christ she was like a little whippet around the place.

How about this for a good all in one thermal suite. lol 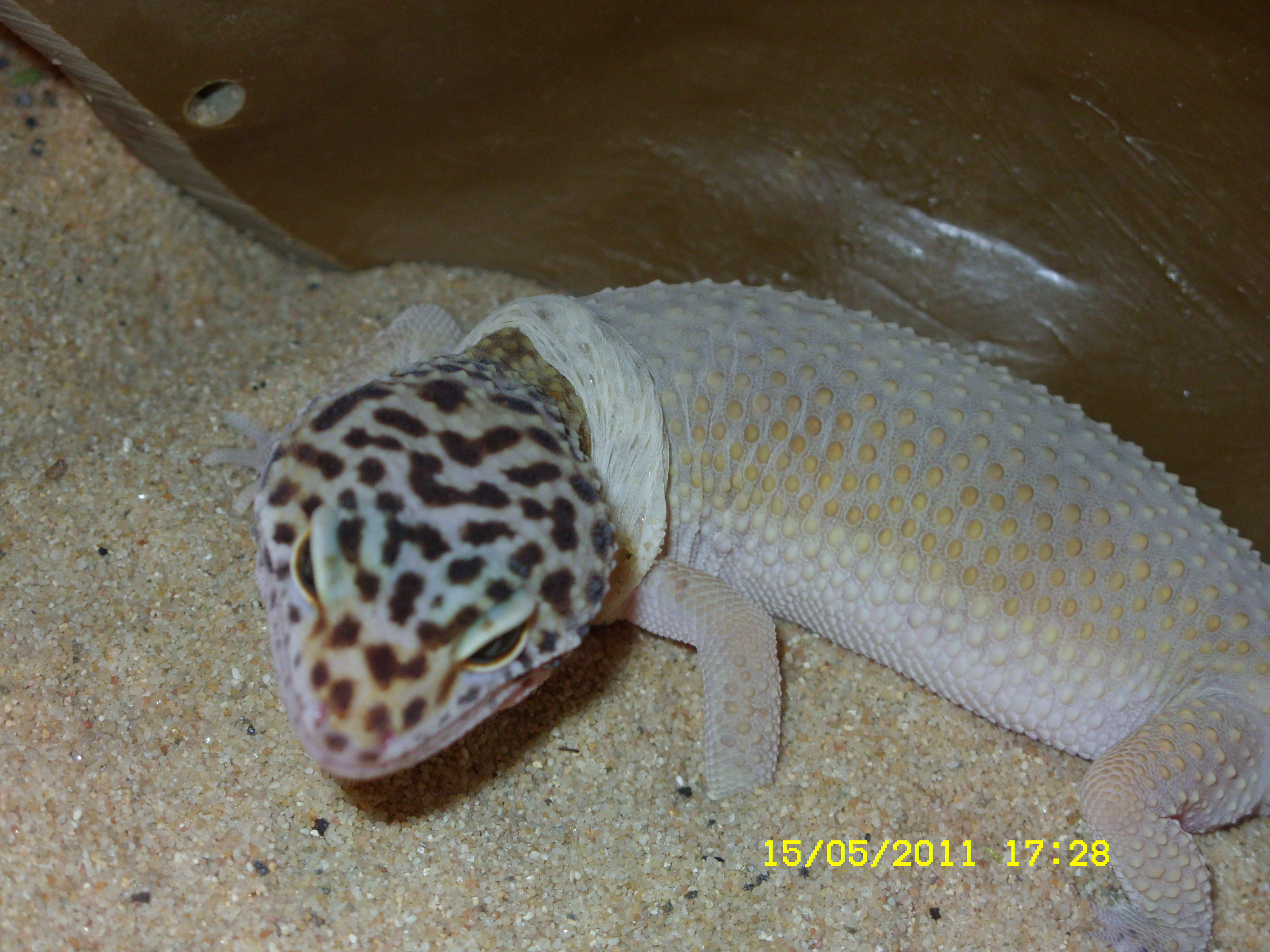 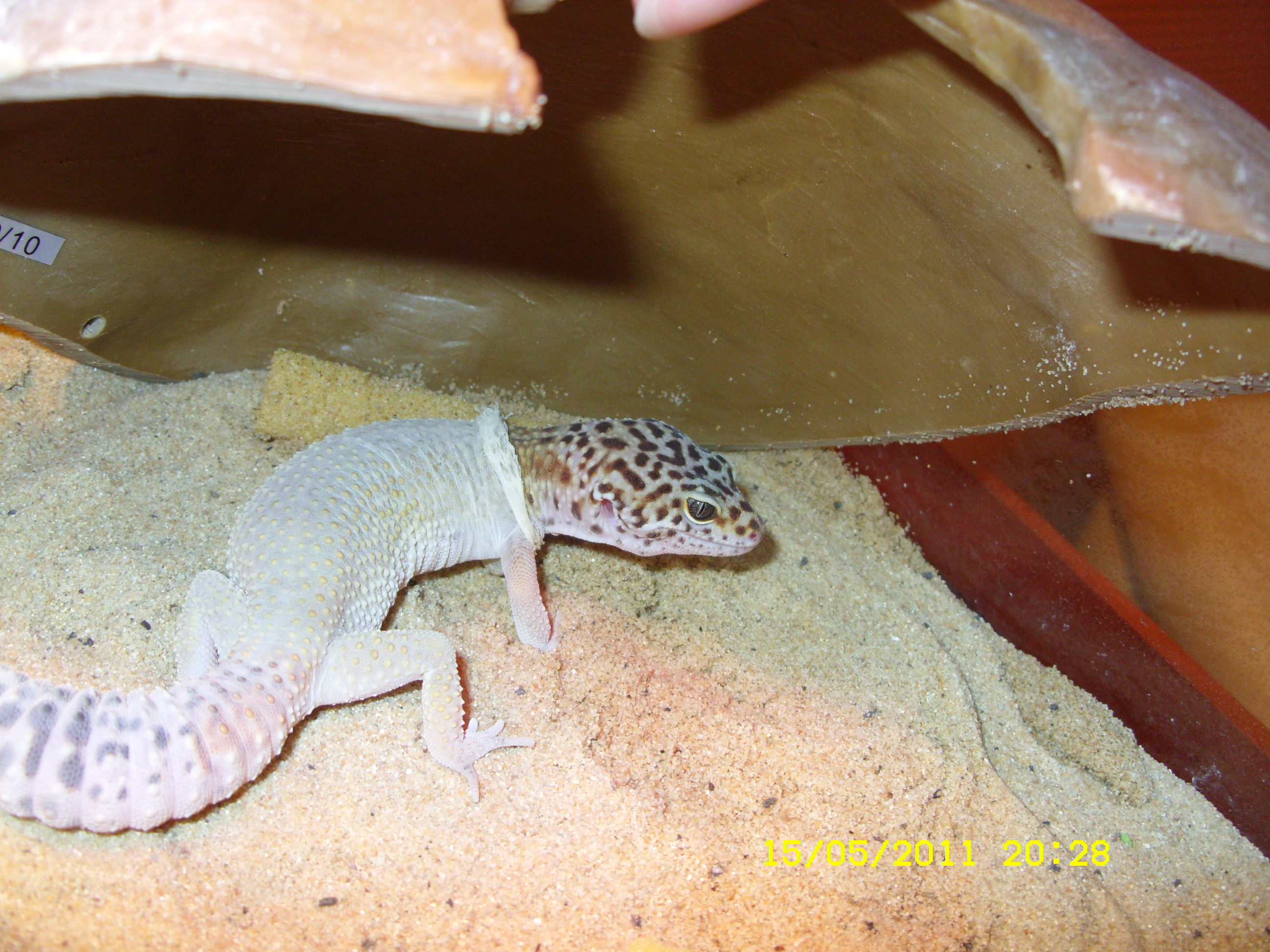 i have a tremper albino leopard gecko tez who is going on ten years old and getting skinny no er at he eats...ought him as a her funny enough because i had a tremper het male but he died at 15 couple years ago. i also have a parakeet named chloe and my sons insist they are puppies so tgey are 3 1/2 ans 2 march 16th

I have two pets. One is (Um, sorry Tommy) not really useful as a companion but the other is wonderful and very very people oriented (a little too much at times). The companion is a samoyed - a white furry dog that unfortunately pulls too much for me to walk (and my family just won't do it most of the time). One has to excuse it so much as she is a Siberian sled dog. She loves to jump about 6 feet high at the corner of the fence (to greet the neighbor's dogs) and on the sliding glass door (to let us know how desperately she wants in). The most common comment about her is "Whoa!!! Did you see that?". Let's see if this works...<iframe src="https://www.facebook.com/video/embed?video_id=451581782393" width="320" height="240" frameborder="0"></iframe>. Maybe not.... I attached a photo of her and a video of her and the tortoise (that's Tommy). The biggest issue with the dog really is that she makes a lot of extra work for me including letting her in and out and sweeping up after the fur and figuring out how to step over such a big friendly dog!

These are my kids. Cotton is an all white maltepoo and Boomer a Schiller Hound http://www.dogsindepth.com/hound_dog_breeds/images/schiller_hound_v... and pit bull mix. They are both rescues fom the county animal shelter.

Boomer is an angel. He has the sweetest soul. He's a people magnet and loves his butt scratched. He won't bite, but he does let me know when there's a stranger outside. His barritone bark virtually rattles the windows.

Cotty (Cotton) is half witch and half angel. Unlike Boomer who was a relinquish, she was in the streets until 10-months-old, is spooked by my cane and hates vacumn cleaners, other dogs, and people (in that order) and lets everyone know. I had to teach her an indoor bark: buff buff. Oherwise she would drive the neighborhood crazy. If I can get her calmed down (very frightened girl) she can be very sweet. She's always rooting for food (street behavior).

I love them both and they're great company.

I have two kitties, both rescues. Terra used to love on hubby most and disdain me, but after a major event in all our lives, she switched her allegiance to me, hehe. She is now my constant companion. Where I go, she goes, simple as that. Thankfully she isn't too smothering most of the time, and is content to just hang our. Our second is.. well, we call Sam a "dumb cat". He hates closed doors and likes to talk, but hasn't got a mean bone in his body.

We also have a dog, which is something relatively new to me. I had never had a dog before, but about two years ago we decided to adopt one. After a bit of meeting rescue dogs, we settled on our little girl. I named her Sally. She is a mutt, and I get her called everything from a chihuahua mix (this is what the rescue group called her), to a jack russel (groomers deem she is this), to all sorts of other things. She's too tall to be a Taco Bell dog, she's long in the back, she jumps pretty high, and LOVES to run. Oh, and she has the big ears, hehe. Whatever kind of mix she is, she is the perfect dog for us. She is very willing to please, and loves taking naps with me. So much so that it's hard to convince her to leave my side sometimes. I don't doubt she knows when I feel poorly!

Let's see if I can get some pictures up...